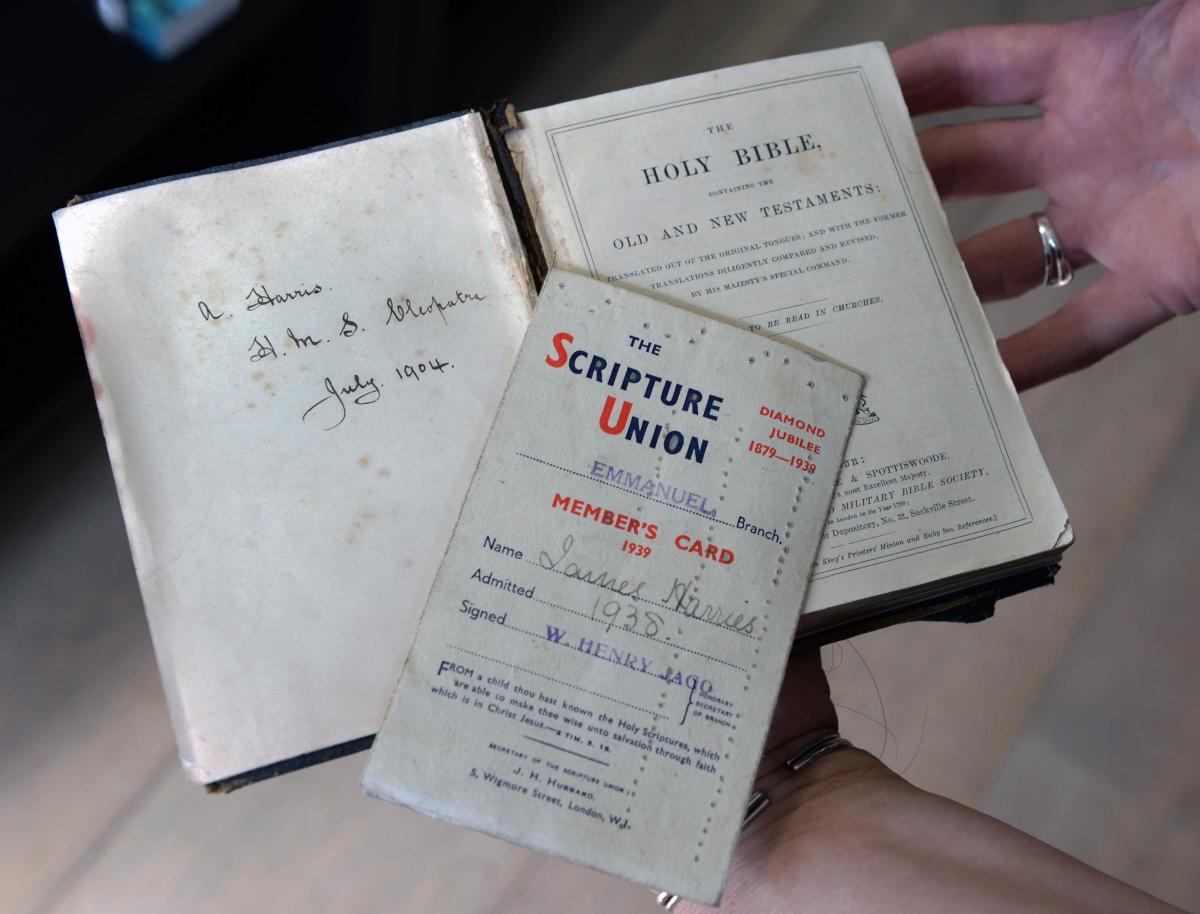 A Pembrokeshire’s war hero’s Bible that was found in an old fridge has been reunited with the family of its original owner. The Bible, dating back more than a century, was mysteriously recently discovered in a commercial refrigerator in Narberth, Wales. Issued by the Naval and Military Bible Association, it is signed A. Harries, H.M.S. Cleopatra, July 1904.

Full Storey by Ruth Davies can be found in the Western Telegraph at: https://www.westerntelegraph.co.uk/news/17711406.dusty-discovery-of-heirloom-bible-in-narberth-has-a-happy-ending/